I. Fire factors of energy storage facilities (energy storage power stations, charging piles, chassis/cabinets, lithium batteries, etc.)
1. Battery system defects: For example, fabrication defects such as poor coating of active substances in batteries are likely to cause fire.
2. Bad electric shock protection system: If the internal parts of battery protection device are damaged, the insulation performance of DC contactor will decline and fire.
3. Insufficient management of operating environment: such as water, measles, brine and other environmental water intruded into battery system, resulting in melting trace and loss of insulation performance and fire;
4. Energy out of control in the energy storage system will cause high temperature and fire.

II. Fire-prone parts of energy storage system
1. Transformers and high-voltage switchgear: If the transformer device is oil-bearing equipment, the internal fault of the transformer device will cause arc heating, which may cause combustion and explosion.
2. Low-voltage switch and control cabinet: Instability during charging and discharging and power output may cause fire hazards.
3. Electric power conversion system: There may be hidden dangers of overcharge and high temperature in the process of system conversion.
4. Battery Matrix (stack): The long-term operation of electrolytic water in the charging and discharging process of storage batteries will produce trace hydrogen. If the indoor ventilation is not smooth or the discharge pipeline is blocked, the hydrogen gathers to a certain concentration in the indoor or partial enclosed space, and is impacted by open fire, lightning, or electrostatic discharge sparks, short-circuit overcharge or overdischarge. All kinds of unexpected factors, such as fire and explosion, may cause hidden dangers.
5. Electronic equipment in power plant of energy storage plant: The environmental humidity does not meet the requirements of national standards and standards, which causes the failure of electronic equipment due to excessive humidity of air and causes fire accidents. 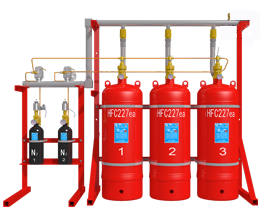 In this system, a detector is installed on the top of each battery cluster. Once a fire occurs, it can transmit signals to the control host through smoke and temperature sensors, and start the heptafluoropropane fire extinguishing system with pipeline network. This system is more suitable for energy storage system composed of multiple containers.
2. Cabinet Sevofluoropropane Fire Extinguishing System 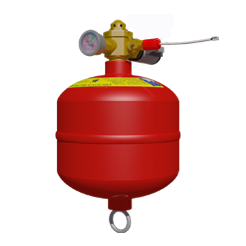 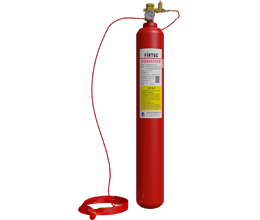 Jianan Fire Producing mainly has two kinds of fire detection tubes, sevofluoropropane and carbon dioxide, which have been certified by the state compulsory 3C. They have the functions of automatic and intelligent fire detection and rapid fire extinguishing. They are sensitive to temperature and quick in response. They can extinguish the fire in the budding state in a few seconds, and achieve point-to-point high-efficiency fire extinguishing nearby.
This kind of fire detection tube is simple in design, small in volume, and can be installed in the closed space environment of energy storage facilities or where there are large fire hazards. It is a completely independent fire extinguishing device. It does not need external power supply, and has low cost, simple installation and basic maintenance-free. It is the most ideal automatic fire extinguishing device at present, which is worth storing. It is widely used in energy industry.
Main features (advantages):
—— It can extinguish fire sources instantaneously and effectively.
—— The unique fire extinguishing effect can effectively extinguish the fire in the budding state.
—— The device starts automatically in case of fire, without power supply and manual operation.
—— Most suitable for unattended;
—— The detection reaction time is fast and the damage caused by fire spread is reduced.
—— Fire detection tube is not affected by any position, and can be arranged at any cable laying place, which can make up for the blank that existing fire products can not extinguish such fire sources.
—— It can be equivalent to a linear detector, which can detect fire and release fire extinguishing media.
—— Because the amount of fire extinguishing agent is small, it can reduce the pollution and damage to the surrounding environment.
—— It greatly reduces the cost of each fire extinguishing, and at the same time, it is easy to install and occupies very small space. Simple design reduces the installation and maintenance costs to the minimum.
—— The non-fully submerged type will not harm the people in the protected area when released.
—— It will not cause false alarm or release due to the influence of oil, dust, etc.
—— The device has no electrical components and is not affected by vibration or collision. 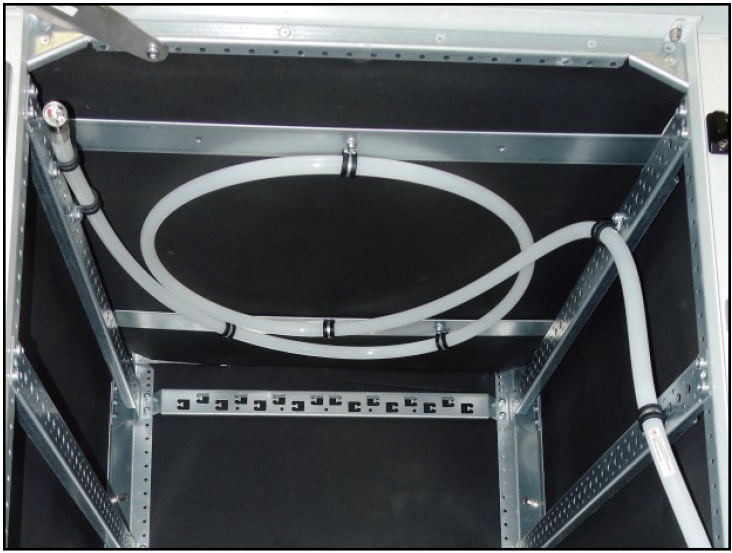 It consists of plastic pipes made of special materials and liquid stored in pipes with cooling effect. Pressure gauges and sealing fittings are set at both ends of the pipes. When the ignition temperature in the energy storage facilities rises to a set value, the pipes burst and release coolant to extinguish the initial fire in the form of gas, so as to avoid the expansion of the fire. Spread. It has the following characteristics and advantages:
—— The utility model has strong versatility and is suitable for various energy storage implementations and various fires.
—— High cost-effective, maintenance-free, long life;
—— Drug storage tanks are not required.
—— Pressure switch or other signal unit can be selected to expand the function.
—— Release high-efficiency clean gas, no residue, no harm to the internal and human body of energy storage;
—— Temperature self-starting without manual intervention;
—— Fully independent operation without power supply;
—— Maintenance-free, no operating costs;
—— It is easy to install without special training.
—— Pressure gauges monitor pressure changes.
Recommended news